The College of Sports Media is committed to delivering the best sports broadcasting education in the country with the highest standards and the best reputation.

In order to achieve this, we've enlisted our expert Advisory Board to help us create the most dynamic, relevant, and cutting edge course content, giving students a solid and advantageous start in the broadcasting industry once they graduate.

The College of Sports Media Advisory Board: 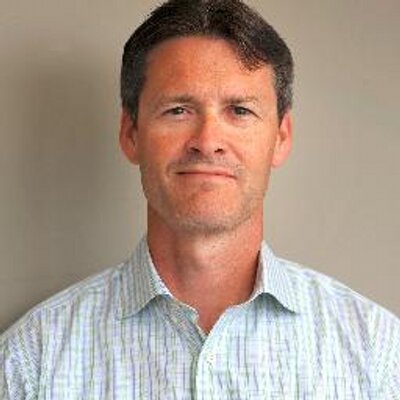 Steve McAllister has worked in newspapers, sports media/public relations and digital media over a 35-year career in Canada.
McAllister spent 13 years as a sportswriter with weekly newspapers and The Canadian Press.
After seven years in sports communications, including serving as the first-ever spokesperson for the National Hockey League Players' Association and the director of communications for Tennis Canada he was hired to be the sports editor of The Globe and Mail, Canada's national newspaper in the fall of 2000. Following eight years in the sports editor's chair and one year as editor of globesports.com, he joined Yahoo! Canada in December 2009 as its Managing Editor - Sports.
McAllister is also the president of Sports Media Canada and is a weekly contributor to The Sport Market, a sports business radio program on Team 1040 in Vancouver.
McAllister is amongst the most respected individuals in the Canadian sports media landscape. 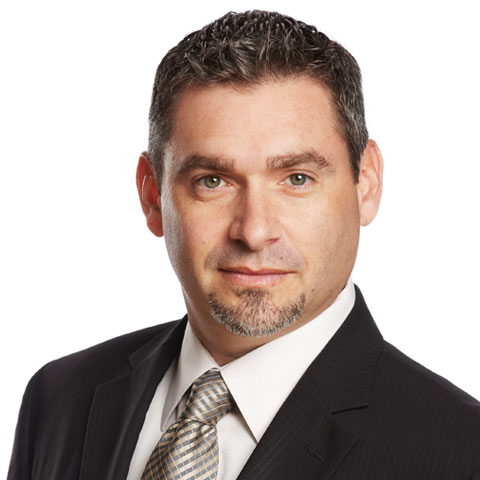 Rob has held his current role since 2016 and brings more than 22 years of experience in the television industry. Starting out his career at CTV Sports he has been with Sportsnet since the network launched in 1998. He was an Associate Producer on the first ever NHL game aired on Sportsnet and went on to produce a number of different live events including NHL games, Blue Jays baseball, LPGA golf and multiple Memorial Cup tournaments.
Prior to becoming a vice-president at the network in 2010, Corte was also the Executive Producer of Live Events. Since then, he has overseen various Sportsnet properties including Hockey Night in Canada, NHL on Sportsnet, Blue Jays on Sportsnet, Sportsnet Central and Tim & Sid.
He has also led Sportsnet’s coverage of five Olympic Games. Corte is a graduate of Ryerson University’s Radio and Television Arts program. He lives in Toronto with his wife and two children.

As the first woman to direct a live CFL broadcast in Canada, Dawn is a true pioneer for women in sports media. She began her career at Global TV before helping launch The Score in 1997, where she worked for 11 years before moving to TSN as a director in 2008.
Her portfolio of live sports broadcasts span the CFL, NHL, figure skating, curling, MLS, the IIHF Women’s World Hockey Championship, and seven Olympic Games.
She has been nominated twice for “Best Direction in a Live Sporting Event” at the Canadian Screen Awards – first for the 2011 Vanier Cup, and again for the 100th Canadian Tire National Skating Championships in 2015.
Dawn also directs the CTV red carpet at the Oscars ceremony and the Royal Wedding.
In 2016 she was named to the CAAWS (Canadian Association for the Advancement of Women and Sport and Physical Activity) Most Influential List celebrating remarkable Canadian women and their impact upon sport and physical activity in Canada and beyond. 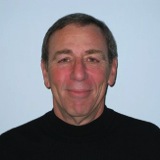 Nelson spent an impressive 34 years in radio, the last 15 of which at The FAN 590 in Toronto where he has worked under the titles of Vice-President, General Manager, and Program Director.
Millman was also an active part of The FAN Radio Network which produces and syndicates long-form and short-form programming across Canada. The network programming includes; a 2 hour daily show that is also simulcast television nationally on Sportsnet; the Toronto Blue Jays and Canada’s most listened to syndicated daily short-form show Grapeline with Don Cherry and Brian Williams.
He has won a number of awards throughout his career, including ESPN Sports Radio PD of the Year and Broadcaster of the Year as awarded by the Broadcast Educators of Canada. He also was the proud co-chair of the Conn Smythe Celebrity Sports Dinner and Auction in support of Easter Seals.
"It's incumbent on us, as broadcasters, to ensure we have people who are trained and ready to enter the broadcasting business. The College of Sports Media has implemented the necessary foundation to provide exactly that." 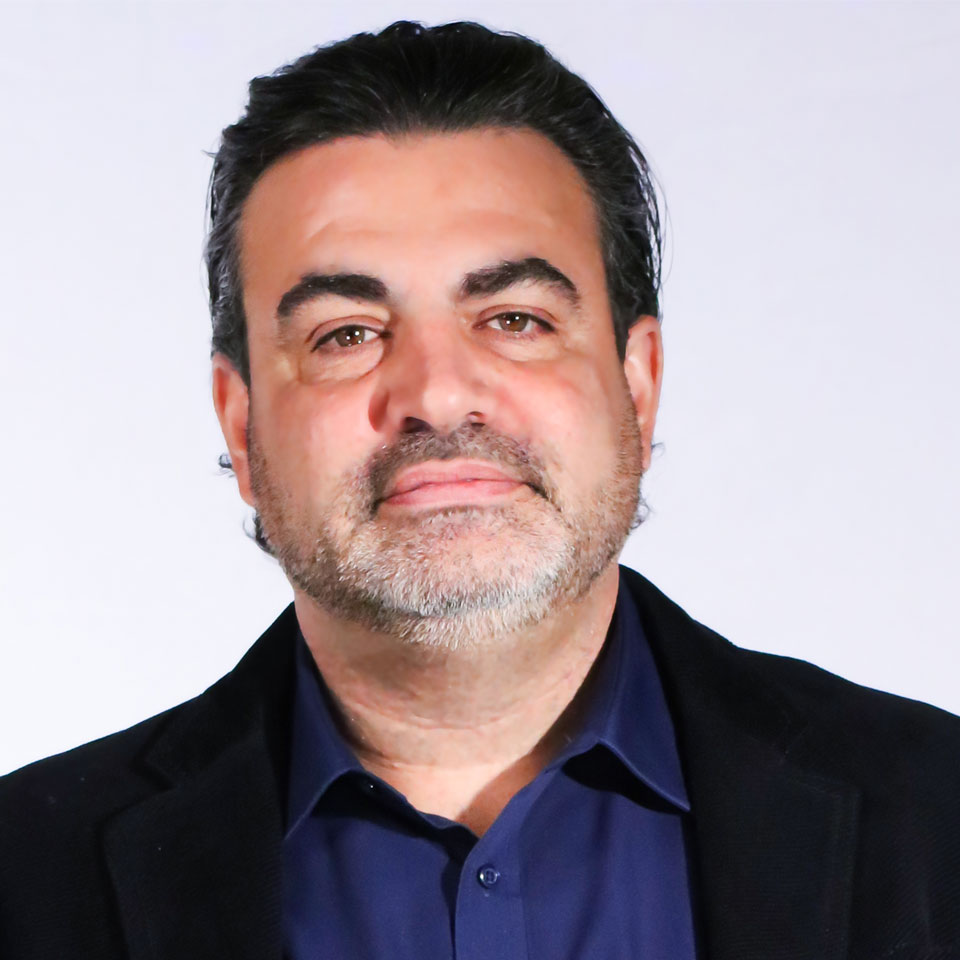 Graduated from Ryerson in 1988 with a BA in Radio and Television Arts and today he holds what is arguably one of the most challenging jobs in the country.
Cicione’s responsibilities include overseeing all of the day-to day news and programming operations and his duties range from acquiring new properties to hiring talent to creating entertaining programming that fits into the various brands under the Anthem Sports umbrella.
Prior to his current role, Cicione worked as VP of Programming and Production at The Score Television Network and what was previously Headline Sports. Cicione also spent 10 years at Global Television working on Sportsline.
“The College of Sports Media approaches radio and television broadcasting in a way that’s never been done before. From curriculum to equipment to facility, I was so impressed with the overall vision and goals for the graduate that I decided to join the faculty.

Joe is one of Canada’s leading sports radio specialists with a focus on sports, comedy and talk. An award winning executive, writer and producer, he has worked with North America’s most recognizable personalities and collaborated with most Canadian radio networks.
Joe has successfully created and launched numerous originally produced radio channels including North America’s first and only 24/7 hockey channel, SiriusXM NHL Network Radio, a 24 hour Canadian comedy channel (Canada Laughs) and a 24/7 news/entertainment channel (Canada Talks).
He oversees talk shows, call-in shows, and live play-by-play coverage of more than 1,000 NHL games per season including the NHL all-star game, the playoffs and the Stanley Cup.
Joe’s many accomplishments include winning several National awards. He has been a pioneer in developing sports radio in Canada, including the country’s first all-sports station, The FAN 590, in Toronto.
“This is a cutting edge concept that caters to today’s expectations in sports media and anticipates future trends, both on-air and behind the cameras and microphones. It is long overdue. It’ll be fun to be a part of another sports media start-up especially one that will have a direct impact on the future of Canadian Sports Broadcasting” 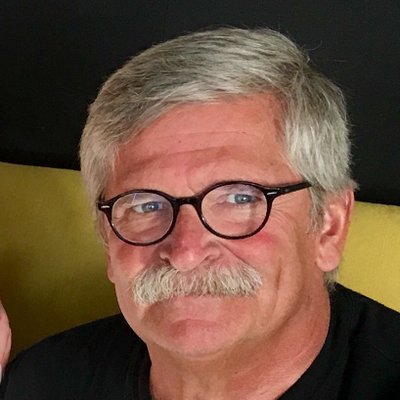 Former television coordinator at The College of Sports Media, anchor and host at TSN, Roger's Sportsnet,NHL Network, multiple olymic games and specialty events. Jim Van Horne has long been considered one of Canada’s Premiere Sports Announcers and on air personalities.
He is currently a host at AMI but he became known and respected coast to coast when TSN named him its first commentator and anchor of the early edition of Sportscentre in 1984.
For seventeen years Jim covered countless events including two Olympic Games and 14 years of WTA and ATP tennis. From 2003 thru 2006 he anchored the evening newscasts for Rogers Sportsnet. 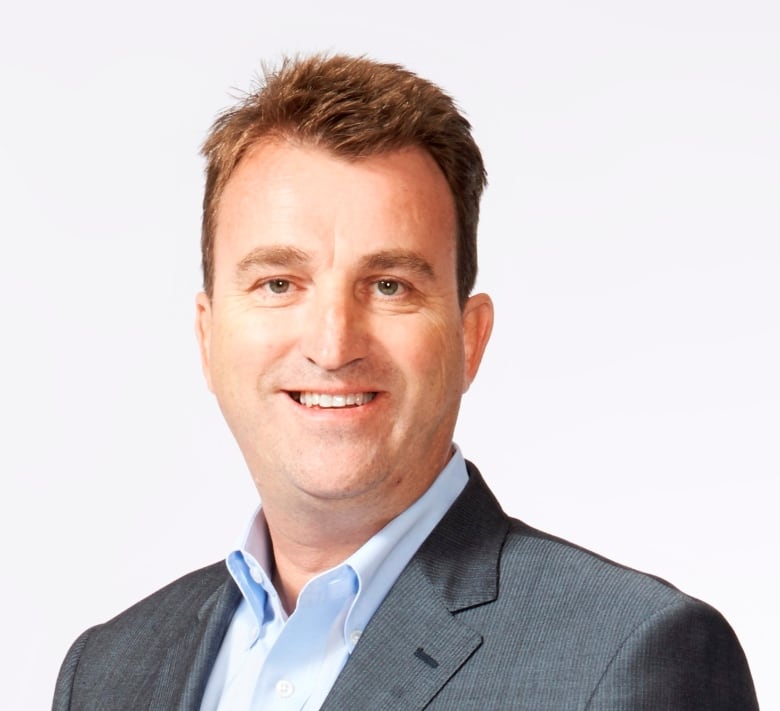 Joel Darling was appointed to the position of Executive Producer for CBC’S Hockey night in Canada in August 2000, after having been the Senior Executive Producer for CBC Sports for the previous three years. He was also the Executive Producer of the 2000 Olympic Summer Games in Sydney and the 2002 Olympic Winter Games in Salt Lake City.
In 2004 Joe won Best Sports Program or Series for Hockey Day in Canada and he has won an impressive five Gemini Awards for his work including Best Live Sporting Event for: -1997, Centennial Olympic Games -1998, the 18th Olympic Winter Games -2000, Pan Am Games -2002, Hockey Night in Canada: First Saturday of the 50th Season
, Darling joined the CBC as an associate producer and was promoted a year later to producer. He has served as executive producer of the CFL on CBC for two years and produced four Grey Cup games.
Darling’s major sports event experience also include the 1989 Canada Summer Games and the 1990 and 1994 Commonwealth Games and countless Olympic Games including 1988 Winter and Summer, 1992 Winter Olympics (Albertville). He was senior producer at the 1996 Summer Games in Atlanta and 1998 Winter Olympics in Nagano.
"The difference between theory and reality in sports media is vast. Who teaches a broadcasting student can make all the difference in the world in that persons future in the business. CSM understands that, and pays special attention to the faculty based on experience and expertise in the field of broadcasting. It will create a broadcasting post-secondary environment that will help ensure the success of every student." 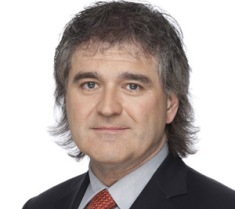 From 1989 to the early 2000’s King's vision and leadership in the competitive marketplace strengthened TSN's position as the number one source for sports in Canada.
He oversaw day-to-day operations of TSN, including programming, production, acquisitions and negotiations, marketing, sales, and the development of staff and talent. King was also responsible for sports digital services ESPN Classic Canada, NHL Network, as well as TSN.ca.
King joined TSN in 1989 as Audit Manager and quickly advanced to Manager of Program Administration, Director of Programming, and Senior Vice-President of Programming thanks to his BA in Administration and Commercial Studies and Economics. He received his CA in 1988.
"It was without hesitation that I accepted an advisory board role with the College of Sports Media. The curriculum breaks ground in its practical and theoretical teachings by focusing on what's really needed in the professional workplace. In recognizing and anticipating current and future trends the College of Sports Media will change the way students learn, and in doing so change the landscape of the young professional."

The College of Sports Media
is now accepting applications for
SEPTEMBER 2021 enrollment.